I’ve seen U2 once before this and wrote extensively on how they get too much hate in what feels like every corner of the internet at this point, so I won’t go too much into it. Long story short, people who bitch about U2 are probably the same people who bitch about getting free bread before their meal at restaurants. Oh, they brought bread? Now I’m going to be too full for dinner 😦 Oh, pack it in. U2 is great, go choke on that bread.

MetLife in East Rutherford, New Jersey is a bit of a trek from New York City, but it wasn’t going to stop what felt like half of Midtown from piling into Penn Station. You couldn’t turn a single corner without seeing an authentic Joshua Tree tour shirt from 1987, or someone in an Innocence Tour tee. The crowd was overwhelmingly older – which is to be expected – but still crossing a lot of demographics. And I think that’s one of my favorite thing’s about this band’s music: despite having such a strong point of view, U2’s music truly crosses all barriers and time in such a way that anyone can connect with it. I mean, you’d have to be living in remote parts of the world to have never heard those first 7 tracks on that setlist and not felt even the slightest emotion of connection.

Even though Joshua Tree is an album that’s older than me, it’s no surprise that it was the one that finally gave U2 their big break in America. The imagery of the endless landscape, roaring mountains, dirty deserts, rusted cars on highways, all in God’s country – these monuments feel so embedded in Americana at this point that I feel like so many people have forgotten how U2 revitalized these sentiments during a time when no one was interested. There wasn’t much to be proud of in American culture in the mid-80’s with decades of war, homelessness, strife, attack on civil liberties, clear injustices and discrimination. U2 manages to address these points out of the music while celebrating the positive and only slightly touching on them in context. In a way, they remain respectful but vigilant – merely Irishmen living on the outside, but admiring within.

This performance at MetLife was ultimately successful not simply in its nostalgia (I mean, anyone can do nostalgia these days with more and more bands performing anniversary tours to both celebrate and cash checks), but in its ability to transport the audience and visually tell a musical story. The gigantic screen of lights 50 feet high and 200 feet across could be seen from any seat in the stadium, and truly led the crowd through not only 1987, but America. Everything U2 does feels precise, well-intentioned, and deliberate, which is not something I can say for other musicians of lesser caliber. And should mean something in 2017.

The earnestness, talent, and strength of Joshua Tree and U2’s music ultimately reveals more of its audience than the band. But you know what does give U2 away? This. At the very end of the show, Bono told the crowd, “Our first show in America was just across the river there. At the Ritz. Not all of you were there, I assure you. Only about 10 people were and that was 1980. It feels like we’ve come so far now and not too far at all.” Isn’t that amazing? Instantly, all at once, Bono has revealed all the cards in his hand and U2 makes so much sense as a band, a group, as people. And we should be so lucky.

Bottom line: U2 are untouchable, a true staple in the entirety of modern music. Only performers of their caliber could perform a 30-Year Anniversary tour for an album that remains more relevant than ever without appealing to pure nostalgia but simply transporting its listeners through a state of being. U2 have the honor of being both incredibly timely and utterly timeless, and that’s never a bad thing in my book. 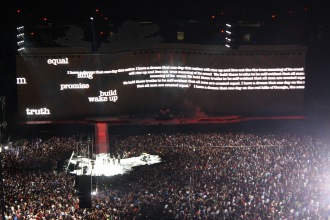 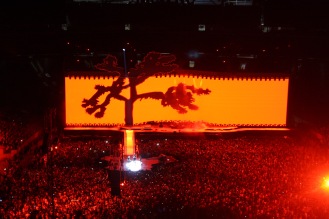 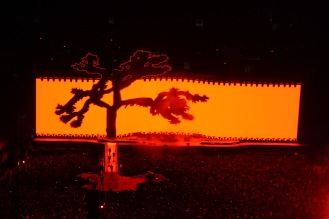 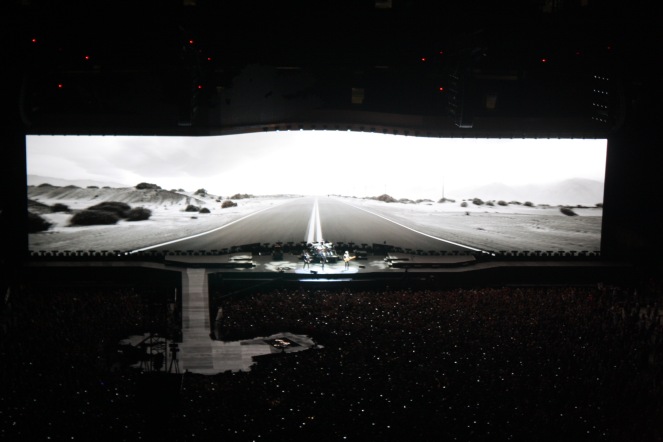 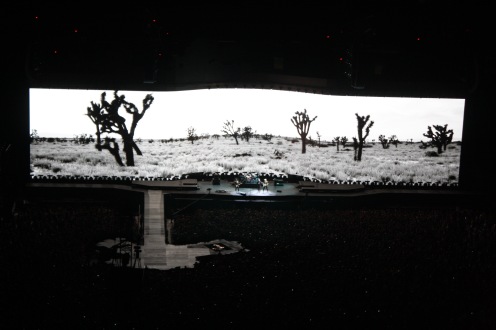 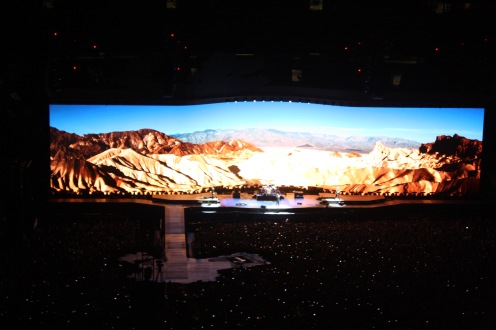 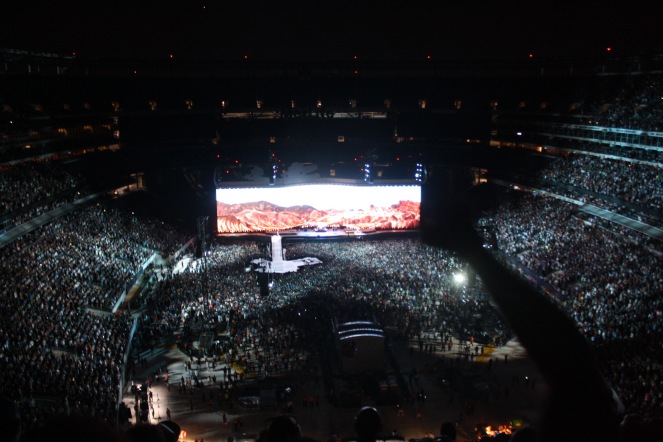 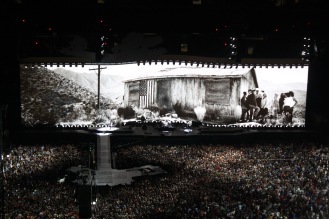 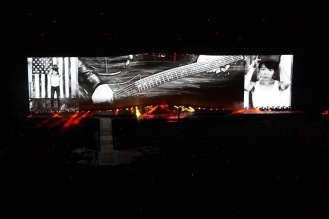 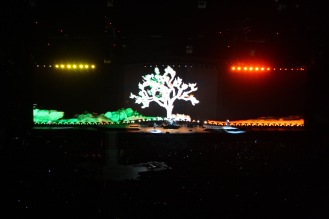 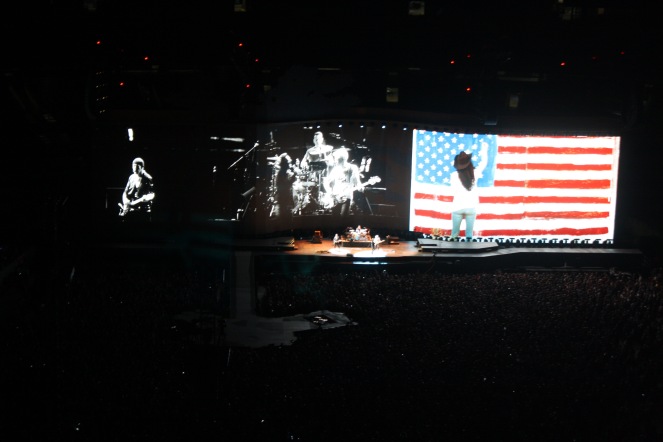 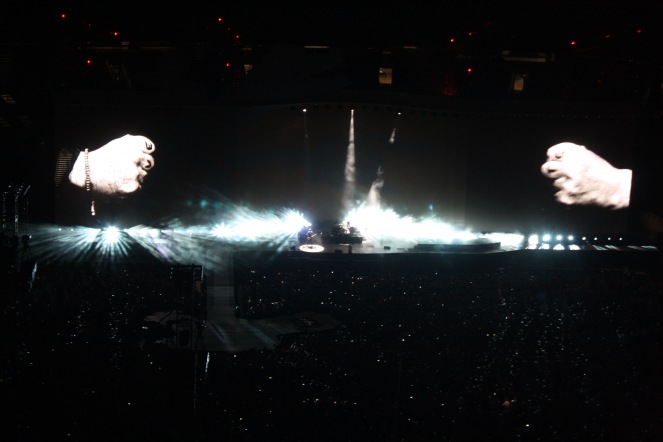 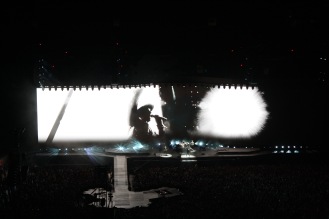 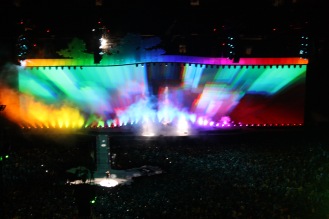 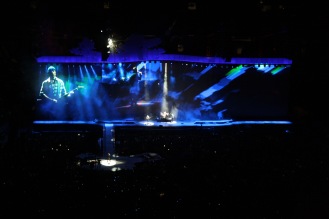 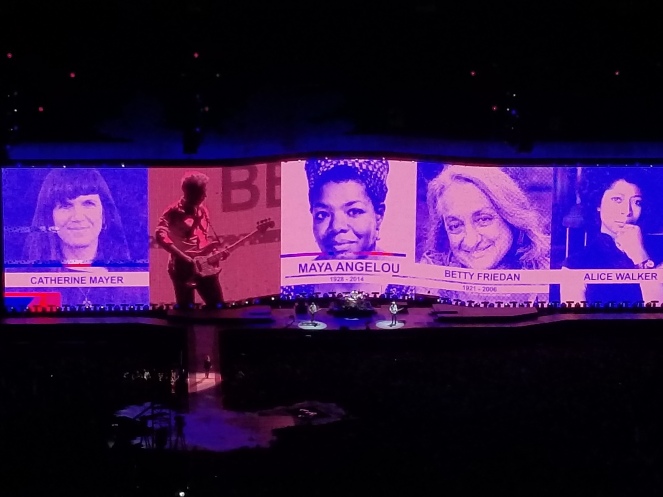 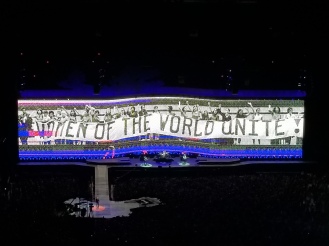 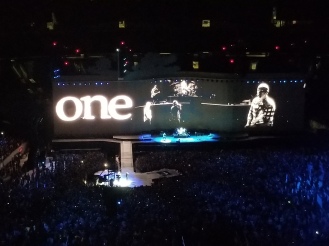