This was the first day of the Firefly Festival – the Thursday before all the major action starts taking place – so everyone was still happy and alive. I loved The Kooks when they first came out, but I had never seen them, so this was a pretty cool opportunity.

I always loved The Kooks – clearly I was and still am fond of the mid-2000’s British indie alternative – and especially loved their 2005 album Inside In/Inside Out. I liked quite a bit of their later work, but hadn’t really pursued a lot of it. So, I was pretty shocked by the crowd’s reaction at this show. Almost everyone was super into every song – newer and older. In my mind, the band were still hanging out in the 2000’s, but I guess the joke was on me because The Kooks have secretly been rising under the radar. It was so refreshing to see so many people involved in the performance – and not just for the big hits and classics like “Naive,” “Ooh La,” and “She Moves In Her Own Way” but practically every song. How cool is that.

Bottom Line: The Kooks have apparently gotten huge over the years and that is such a cool thing to experience as a long-time fan. Wish them nothing but the best – their live show certainly is worth it. 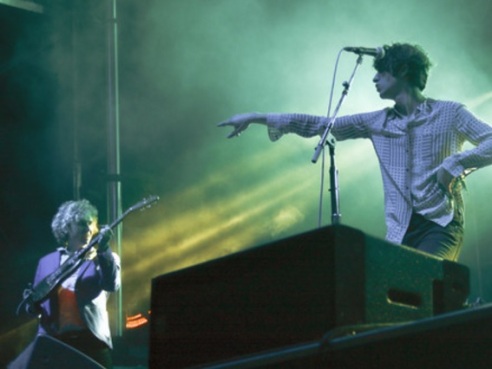