Seeing a super iconic artist like Blondie open for someone I love so much in crazy famous venue like Madison Square Garden is something you don’t forget. After all these years, the band still sounded strong. Yeah, their young, punky days have been over for awhile but there’s nothing like hearing “Heart of Glass” and “The Tide Is High” in Madison Square Garden regardless of everyone’s age. Blondie, and Debbie Harry in particular, totally killed it. 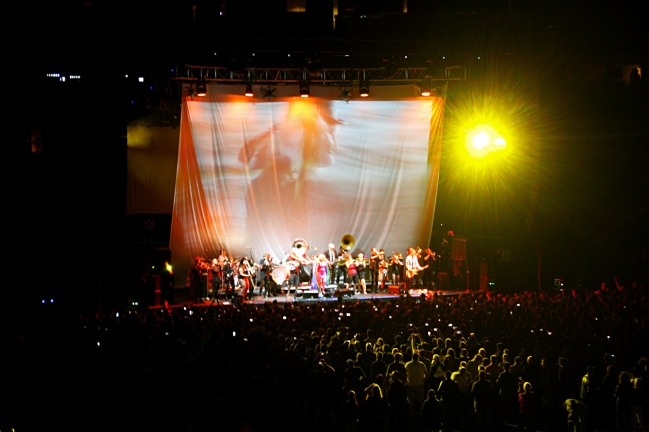 Morrissey is basically a god to Smiths’ fans and to the rest of the world who doesn’t find him super insufferable, myself included. I’d been looking forward to this performance forEVER because Morrissey (of course) had cancelled a show at Barclays Center in Brooklyn a year earlier that I was supposed to go to. I was pretty freaking relieved more than anything that MSG agreed to go meatless and Moz actually showed up.

On one hand, this was an incredible performance and definitely one I’ll never forget. There seriously isn’t a better feeling than waiting for him to come on-stage and seeing the Queen give two middle fingers while “The Queen Is Dead” starts playing. Like, my freaking breath caught in my chest, I could barely stand it. The crowd was mostly really responsive and the stage design and lights were really solid. But on the other hand…I feel like Moz actively tries to annoy the crowd. It’s as if he performs better knowing everyone is annoyed with him. He played so much new material from his newest album World Peace Is None of Your Business, which I actually wouldn’t at all mind…if the album was actually good. (That’s mostly unfair – the album is fine, but nowhere near his previous works, but I digress.) Like, why not play “Hairdresser On Fire”? Or another solo song that everyone knows and loves and can dance too. I’m not saying I want an hour-long performance only of Smiths’ covers, but how fucked up can you get when you seriously reference a Smiths’ song in your between-song banter, but then not play it???? I love you, Morrissey, but my god.

Bottom Line: The memorable moments outweighed the bad at this Moz performance and at least he didn’t run off stage this time! Also he took off his shirt! What a time to be alive! 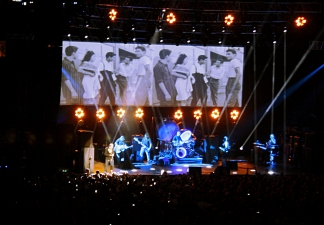 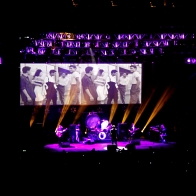