God, I will always love Kaiser Chiefs. I loved them pretty much the moment I heard their first song “I Predict a Riot” back in 2005 and became enamored with them and their buddy-buddy relationship with The Killers during the NME Tour in 2005. To me, they will always be the babes of my 14-year-old summer and I love that they’re still making music now – and freaking great music at that.

This show at Irving Plaza shines so brightly in my mind because this show – like all Kaiser Chief experiences – was full of so much joy. The energy is always so high when Ricky Wilson is involved, and the songs over the years have made it so easy for everyone else to give their energy to the performance too. That’s what’s so great about seeing a band like this; the audience becomes part of the performance too. Everyone’s jumping and losing themselves in all those Employment oooooooooohhhhhh!‘s, working just as hard as Ricky and all the guys are. At least, that’s how I feel most of the time. They show up to perform, so I better step up and start dancing too.

As I said, this was the end of the tour for their fifth album, Education, Education, Education & War, which I freaking loved. It’s truly a pleasure as a fan to seriously love a band so much at such an important age – like when you’re in high school – and have them continually put out outstanding music. I watched as critics and naysayers worried that the band’s work would plummet after the original drummer and one of the band’s main writers, Nick Hodgson, announced he was leaving the band in late 2012. But I knew things would be fine. And they were. How could I not love a band that both repeatedly releases bombass songs and always puts on such a fun and energetic live show? It also means so much to me that Ricky, Simon, and Whitey in particular have noticed the fans – like myself – who come out to all their shows and have a good time. Man, that means so much and always keeps me coming back for more.

Bottom Line: Yeah, Ricky Wilson was on the UK version of The Voice, who freaking cares when the songs are still solid as all hell and the band continually puts on awesome, high-energy shows? This girl doesn’t care and no one else in that happy crowd did either. 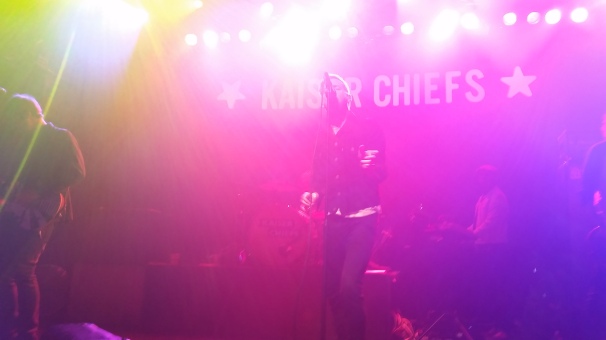 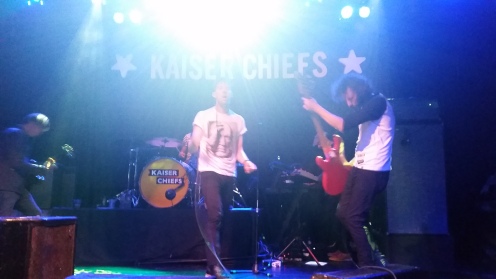