One of my earliest memories in existence involves The Beach Boys. Music is such a powerful thing – that’s obvious – but it really speaks to me as a person that I honest-to-God remember being two years old, sitting in the backseat of my dad’s car and hearing “Fun, Fun, Fun” playing on the radio.I was born and raised in Los Angeles, and lived there the first 18 years of my life before leaving California for college…so I suppose it’s not that surprising to hear that I’m a fan of the Beach Boys. I’m one of those fans that – yeah, of course I love The Beatles, I am human, after all – however, if I had to choose between The Beach Boys and The Beatles…I’m going to go with the former. I know. I’m a huge Anglophile and could never doubt the lasting effect that Paul, John, George, and Ringo have had on not only music but culture. But also, if I’m being honest, I understand and attach myself to the clear genius that is Brian, Carl, Dennis, Al, and Mike and I will defend them until the day I die. (Fun fact: After hearing “Good Vibrations,” John Lennon and Paul McCartney went back to the studio, scrapped nearly the entire album they had recorded at the time, and knew they had to start over because of how incredible that one song was. Then they wrote Sgt. Pepper’s Lonely Hearts Club Band…you’re welcome, world.)

But I’m getting away from Brian Wilson. This is all about him. Tickets for this show went on sale just a few short weeks after the stupidly and emotionally devastating death of David Bowie. And I feel awful saying this, but I knew I couldn’t miss this. I was lucky enough to see “The Beach Boys” (aka just Mike Love and a bunch of dudes including John Stamos as a badass drummer) a few summers ago, but I’ve never had the opportunity to see Brian Wilson perform – let alone see him perform the entirety of Pet Sounds with Al Jardine. I didn’t know what to expect other than pure, unadultered genius, and holy crap did I get that and then some.

You know you’re a musical genius and a one-in-a-million human being when you can open your 50th Anniversary show for an album that you wrote when you were 23 (!!!!) with an hour and a half of hits, b-sides, and deep cuts and the entire audience pretty much knows every word without even hinting at that 50th anniversary album. What. Like. Brian Goddamn Wilson. The emotional night started off heavy and never let up for the next three hours. We had the pain of “Heroes and Villains” and “In My Room,” among others, while absorbing all the classic fun of “Dance, Dance, Dance,” “I Get Around,” and Little Deuce Coupe.” Unbelievable. Sure, I went to this show alone and was definitely in the 2% minority of young people below the age of 35 in the crowd, but I’m sure I looked even weirder pretty much crying during every song. The New York crowd absolutely enjoyed themselves in every way, but I’m not sure non-California-born people could appreciate the perfection that was “California Girl.” And with God as my witness, “Don’t Worry Baby” is probably my most favorite song of all-time. Ever. Like EVER. And to see Brian Wilson perform it?? With Al Jardine? Truly ungoddamnbelievable.

By the time we got to Pet Sounds, the music had literally taken over the room. It’s as if all those hits had a mind of their own. Each track felt bigger than the one before it, and filled every inch of the Beacon Theatre. The show almost should’ve taken place outside just so each note could float above and beyond the people before it. You almost forgot that Brian Wilson was the mind behind those songs because they even felt bigger than him, bigger than all of us. What an incredible musician must you be for your work to transcend time, space, people, and emotion to just exist as an ideal?? The harmonics of “Wouldn’t It Be Nice,” “Don’t Talk,” and “Sloop John B” alone is enough for The Beach Boys to stand the test of time, but then you have “God Only Knows” – a song that John Lennon once called “the greatest song ever written” – and it’s unbelievable that something like that exists.

I could go on for days and nights and all of time talking about those songs, but I won’t. Aside from the music itself, some things must be noted. Yeah, Brian Wilson didn’t quite sound like his best self because he’s an old grandpa and um, has also been through some things in his life (re: every bio on Wilson and the Beach Boys ever written), but it’s okay. Al Jardine still sounded pretty damn good and is still a solid guitar player, but shiiiiiittttt, his son Matt Jardine was NEXT LEVEL. Brian and Al had a pretty extensive backing band of about a dozen dudes including Al’s son Matt, who has essentially taken on the super high harmonies that Brian used to handle. He sounded unbelievably and truly just like Wilson used to; he brought so many subtle vocal moments and harmonies to life, and I loved it so much. Musically, every note felt and sounded exactly like putting Pet Sounds on vinyl in gigantic room, closing your eyes, and swimming. And what else could I possibly ask for? You don’t need anything once you have those songs because, just as they did 50 years ago, or about 20 years ago just for me, those songs mean everything.

Bottom line: Brian Wilson is a musical treasure, genius, and historically significant man in our culture whether music fans know it or not. Getting to hear so many of those classic and perfect songs – let alone Pet Sounds alone – isn’t something I’ll ever forget. The closest emotional live experience I’ve had to this show is seeing Paul McCartney live – and I don’t think that’s a coincidence. Acts like The Beach Boys and The Beatles are legends because someone who’s half the age of their music can so easily connect it decades down the line. I am living proof that this music has and will continue to stand the test of time, so I can’t freaking wait to see who else will fall in love with it in the years to come. 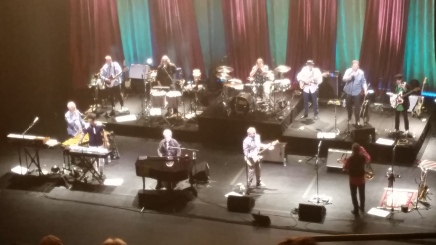 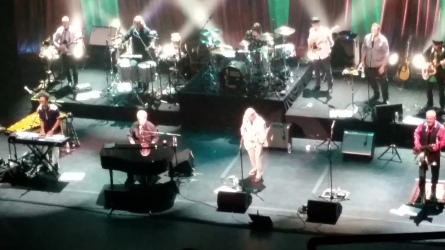 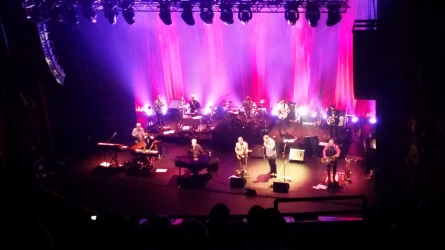